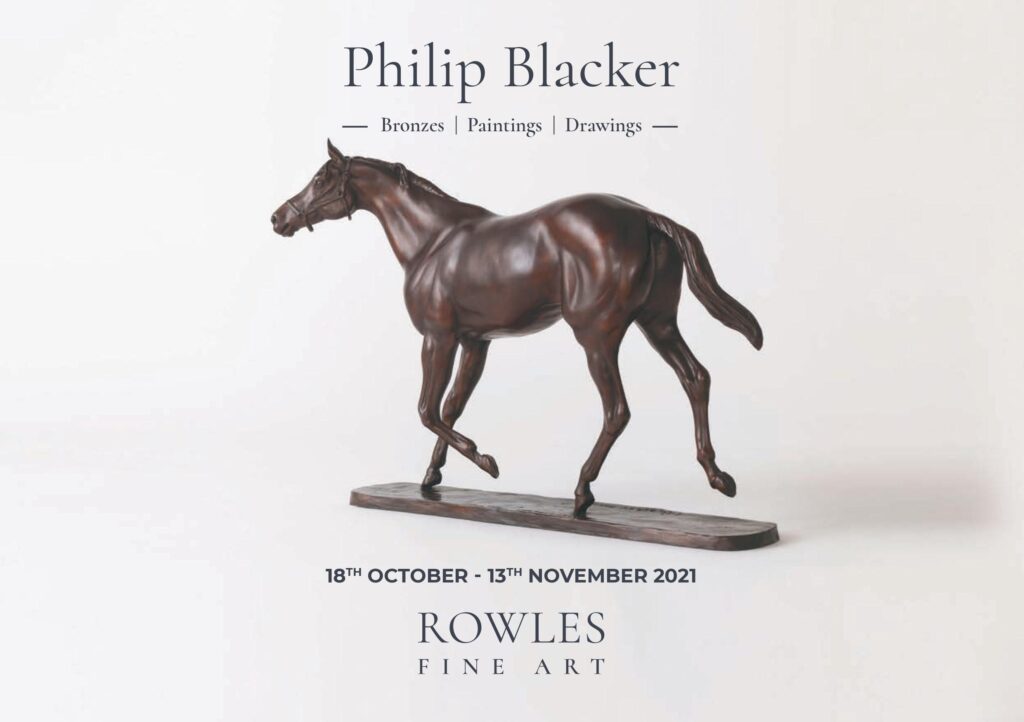 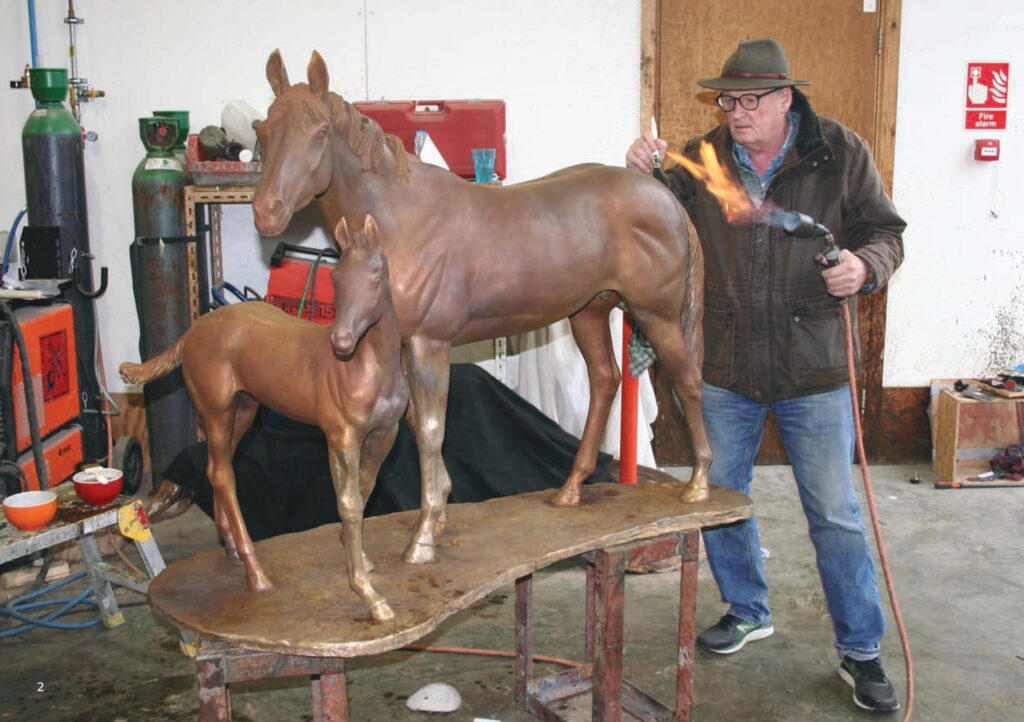 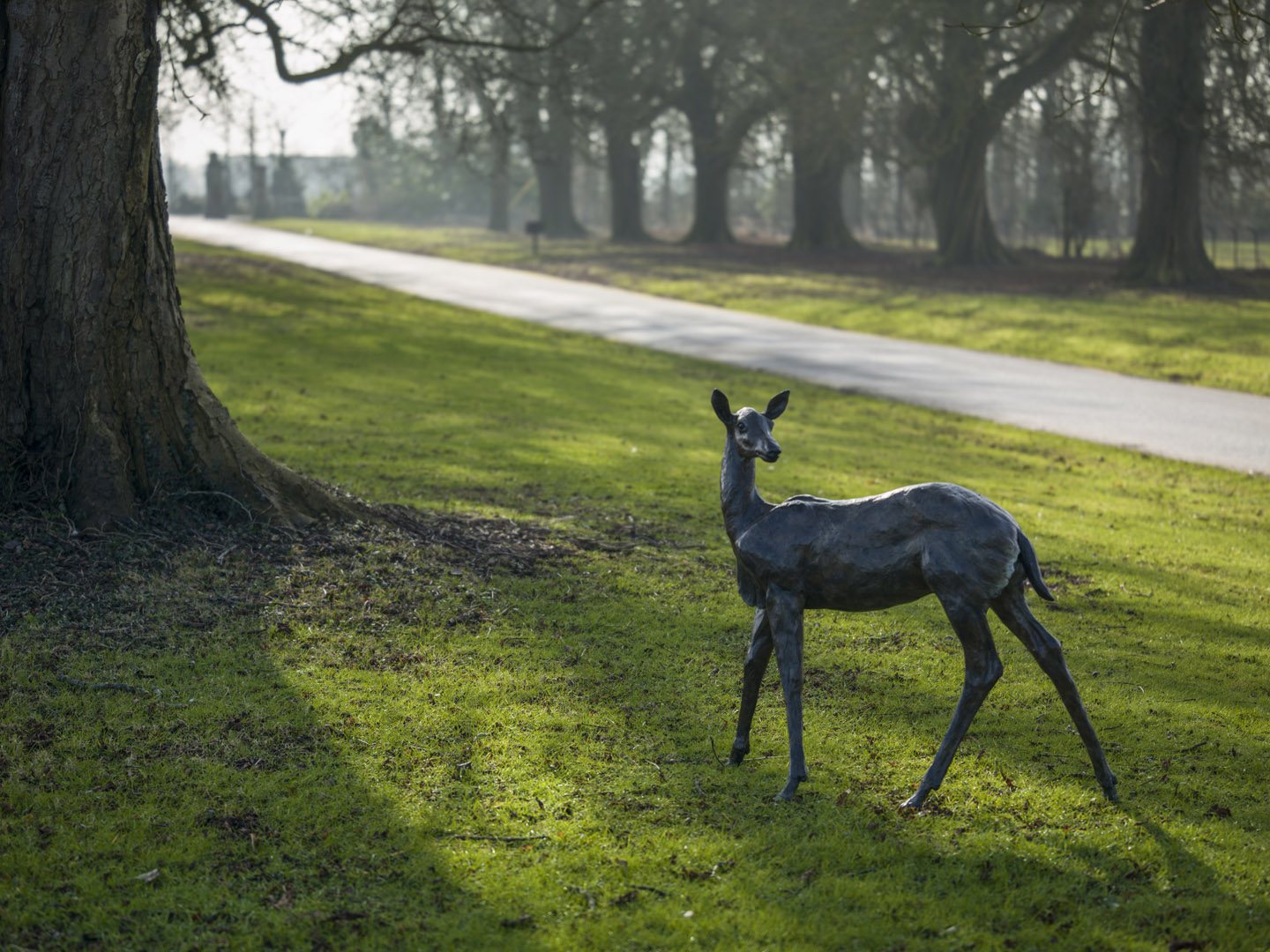 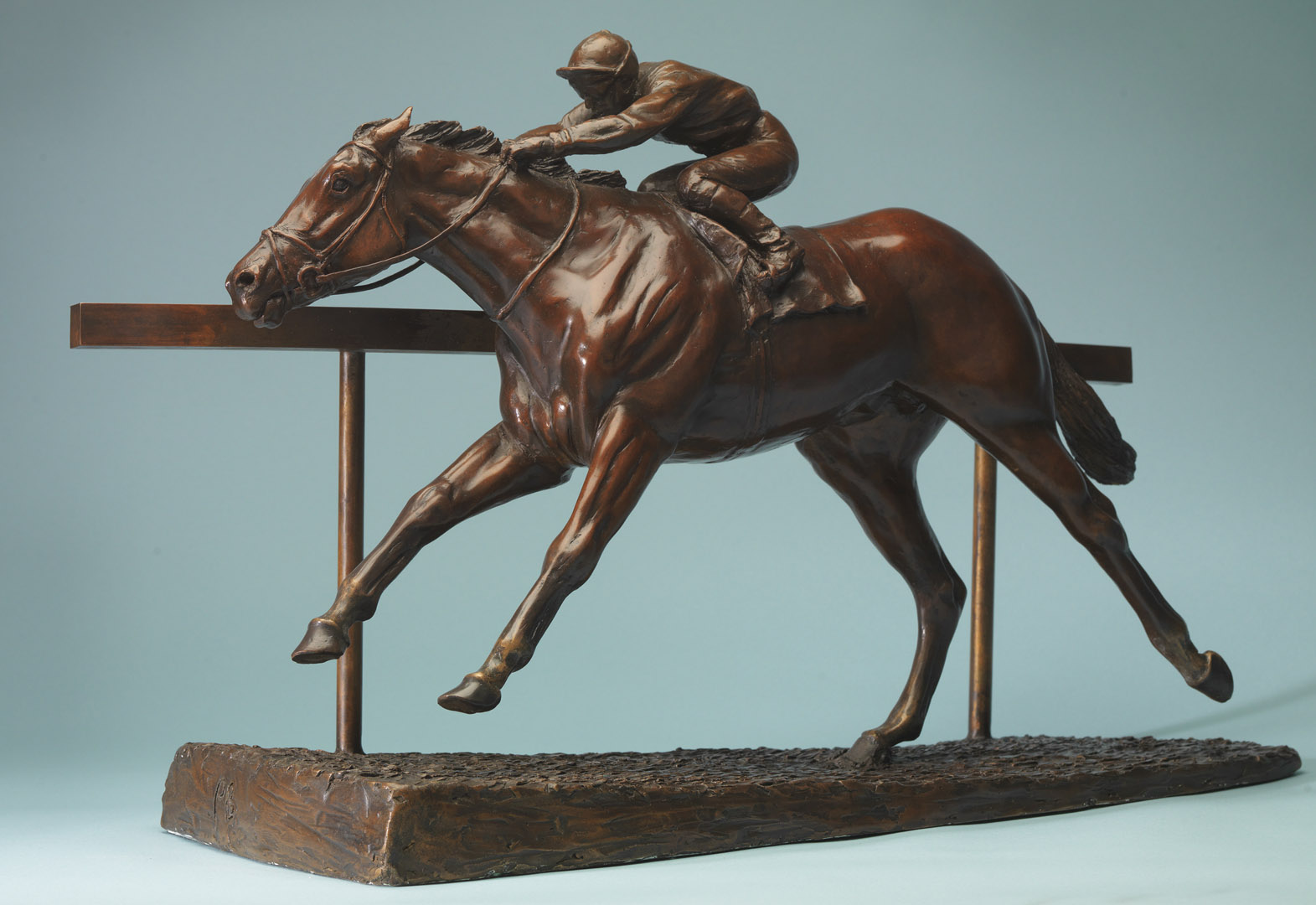 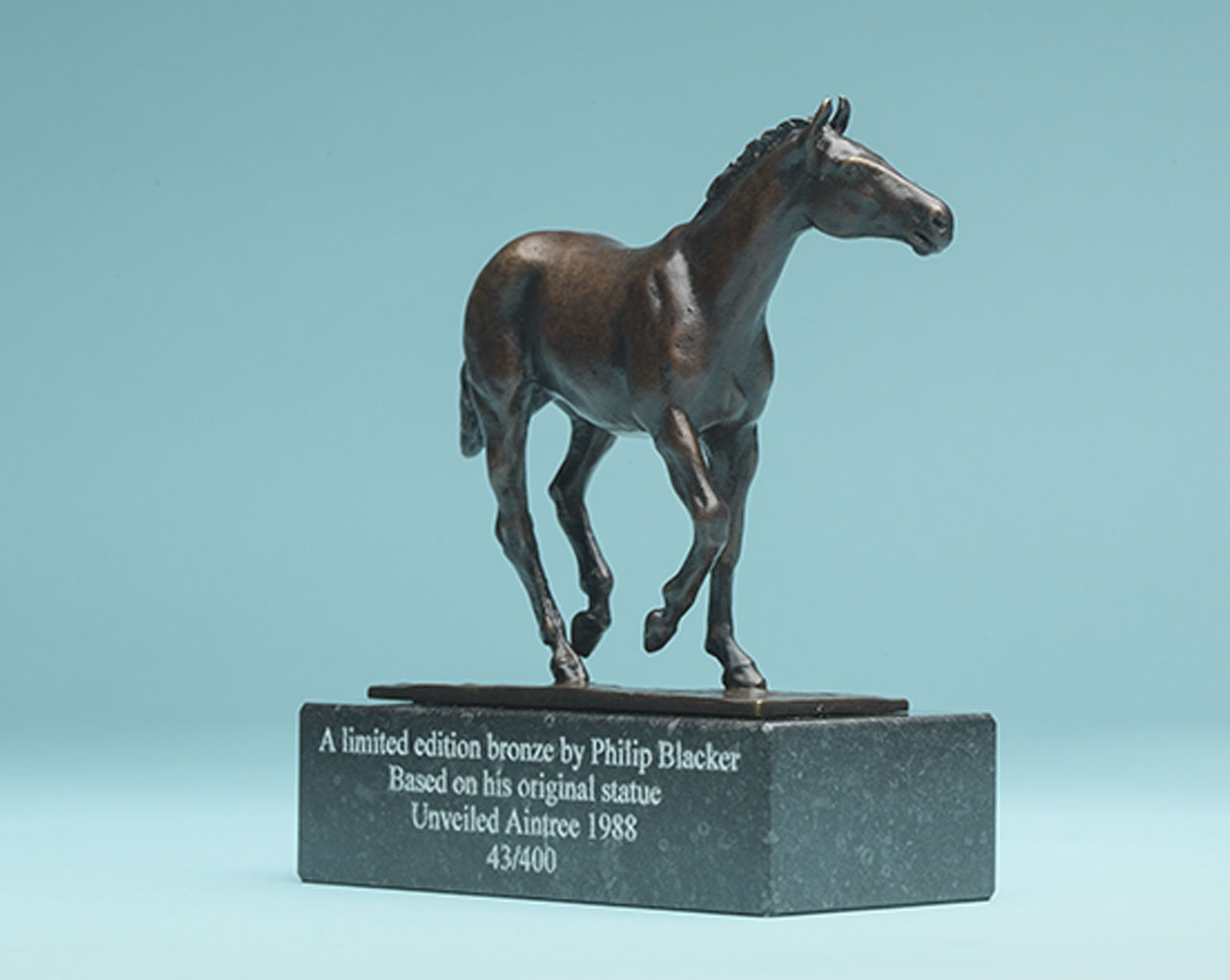 The world-famous Red Rum statue at Aintree, which has appeared in hundreds of thousands of fans’ and racegoers’ photographs, is now the subject of an exquisite 40th anniversary work by Philip.

Encouraged by Aintree, he has recreated a Limited Edition of 400 statuettes of the original Red Rum bronze, each standing on a marble base and signed in the bronze plinth by the artist. The iconic original, which captures a moment during Red Rum’s morning exercise on Southport beach, is faithfully reproduced and Philip is delighted with the result.

“Because he was revered as ‘The People’s Horse’ I really wanted to produce an affordable piece of art which I think is as true as possible to Rummy’s spirit. He had small feet and he could be an absolute so and so. But then he’d get on that beach or on a racecourse, and he’d get up on those toes, and he’d be dancing around. He was a real joy to watch. Even, as I found to my cost on the racecourse, usually from behind!”

Visitors to this year’s Grand National meeting will be able to meet Philip in person and view or purchase the Limited Edition in ‘Stable 46’, adjacent to the Queen Mother stand.

Each bronze comes in a smart custom-made box in the famous Red Rum colours and costs £395 incl VAT and delivery to the UK and overseas. 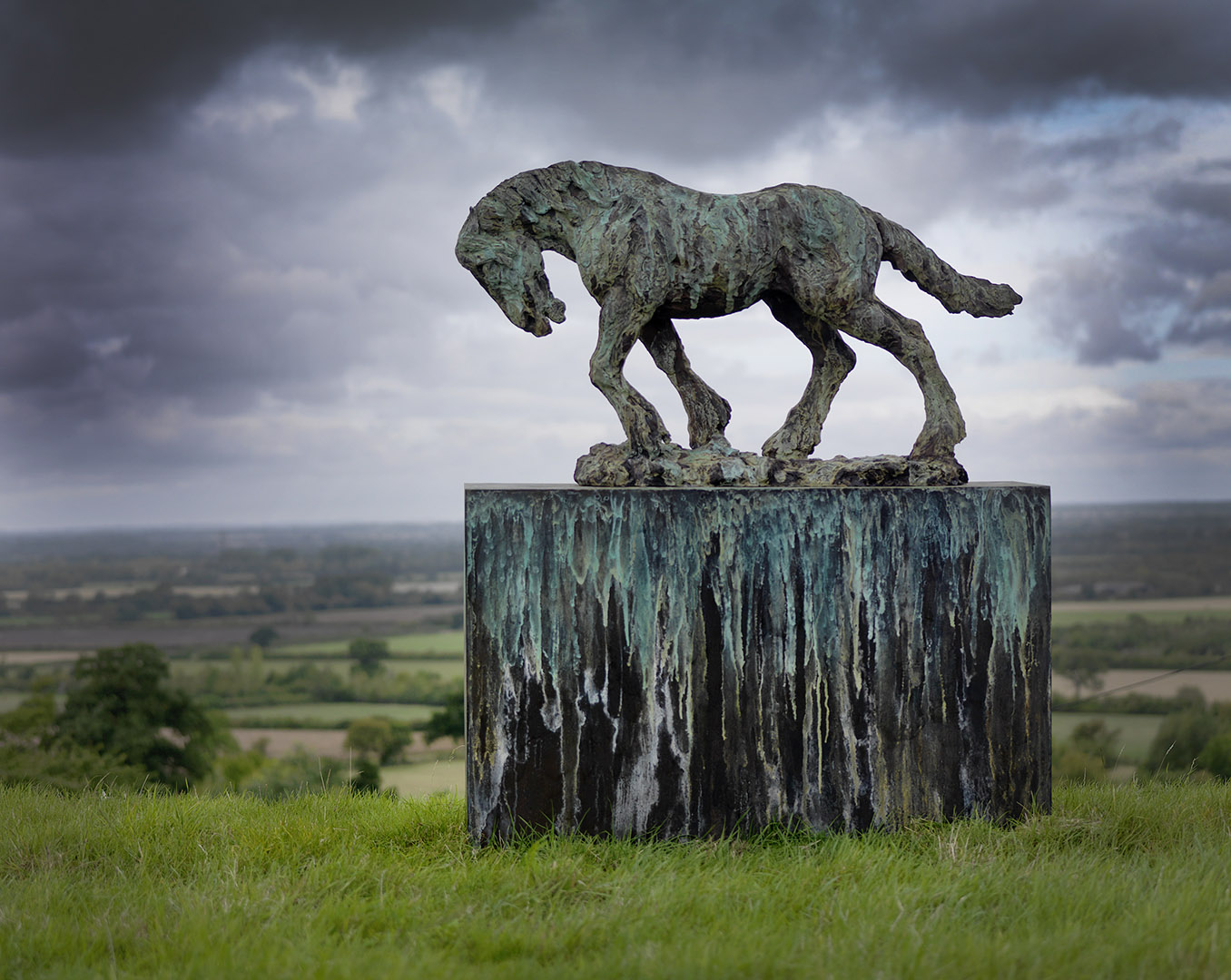 A successful exhibition of bronze friezes – a perspective from one hundred years on was held at Thompson’s Gallery, London 5th – 16th November 2014