The bronze friezes have been coloured with the application of chemicals and dyes applied to the hot bronze, which I believe gives them a unique and random quality. Unlike painted bronze sculpture which, in my opinion, is essentially two art forms in conflict and competition with each other, these patinated bronze friezes are a union, bringing colour and depth to the work while complimenting the underlying form.Only three will be cast from each mould, but every one of them is essentially a one off as the patination on all of them are deliberately different”. 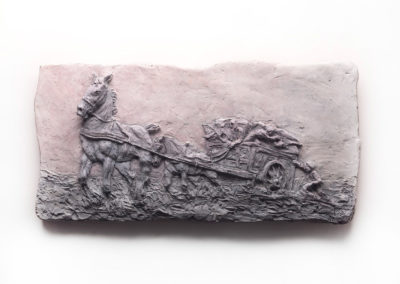 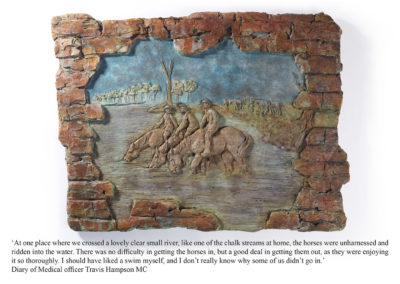 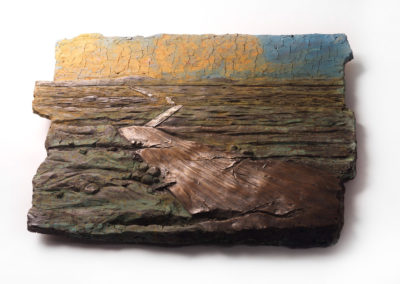 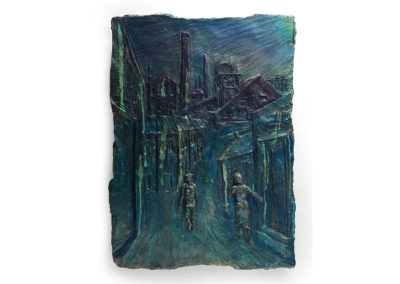 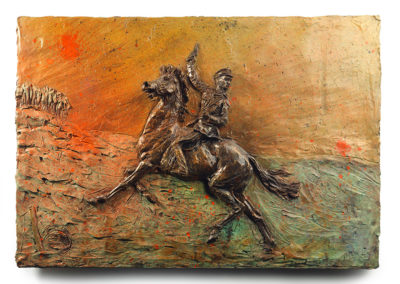 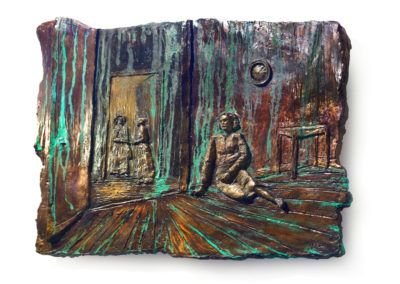 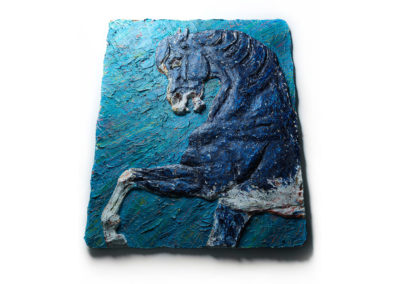 I got into relief sculpture whilst creating work for my exhibition ‘Farewell Leicester Square. Here I am experimenting with synthetic material to create a 3 dimensional effect 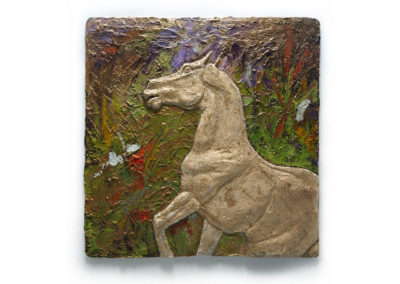 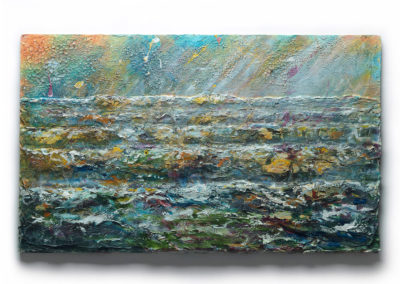 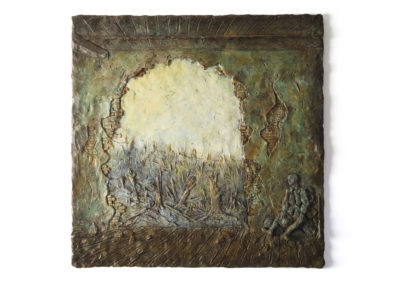